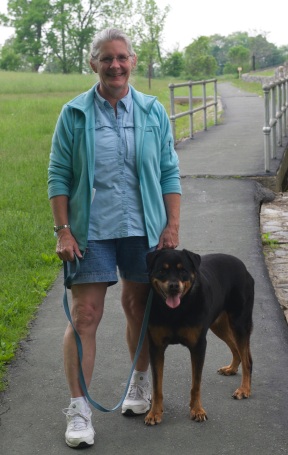 Sharon walks the battlefield with her faithful companion.

Over forty years ago while lying flat on my back in bed trying to recover from a ruptured disc, I read Bruce Catton’s Civil War trilogy. I was intrigued by his writings. At the time I was studying history and political science at the University of Idaho. After completing a BA and an MA in history it was time to earn a degree where I could make a living therefore, one day, I walked down the hill to the College of Mines and Earth Resources and enrolled in their master’s program in Mining Engineering. Four years later I had another diploma and job potential. I worked underground in a deep lead, zinc and silver mine in the Silver Valley, at a surface mine near the Frank Church Wilderness in Central Idaho and then spent almost 20 years working in Mineral Leasing and Mined Land Reclamation with the Idaho Department of Lands. All the while I never lost my love for or interest in history.

In the early 2000’s I started reading Civil War history again and became interested in General Sherman and the Western Theater. In April 2003 my husband Dale Robinson and I came east to Harpers Ferry, Antietam, and Gettysburg. We enjoyed our trip immensely. Little did I know less than a year later, he would lose his life to cancer. I turned to reading and studying the Civil War for solace. In the intervening years, while still employed, I went to a number of battlefields including Antietam, again. The beauty of the area, the history of the battle and the sacrifice of the men who fought on that fateful day in September 1862 captivated me. After retiring early in 2009, I moved east to volunteer at Antietam. I was aware of the guide program at that time. When the Antietam Battlefield Guide’s announced there would be a written test in January 2012, I decided to take it. After answering 400 questions in two and one-half hours I was one of 7 of the “Class of 2012” who passed the written exam. I took a break while continuing to volunteer and finally passed the field test in 2014 to become a certified Antietam Battlefield Guide. The rest, as they say, is history. To me, the import of being a guide is to tell the story of the American Soldiers, who gallantly wore the blue and the gray, on September 17, 1862, where during about twelve hours of fighting, from dawn to dusk the combatants inflicted 23,110 casualties on each other, the single bloodiest day in all American Military History. The hills and hollows of the hallowed ground at Antietam is a fitting backdrop to tell their story. 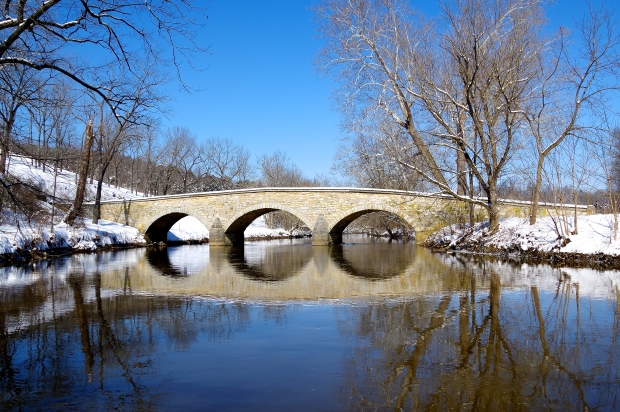