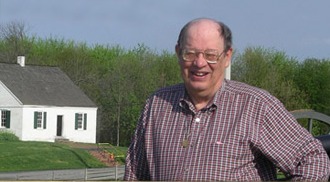 How did I end up at Antietam? Growing up in the Midwest, the Civil War was something I read about. When I took a job in Alexandria, Virginia, many of the battlefields became accessible to me.

Soon I started to collect items from the Civil War and writing about them. When I retired, I decided to move close to a battlefield. I chose Antietam as I believe it is close to being a “pristine” field.

After I moved to Keedysville I was looking to become a volunteer at the Park. Dr. Tom Clemens suggested to me that I might consider becoming a guide. This would allow me to share items from my collection with visitors to the park. So, in April 2011 I became an NPS guide at Antietam. Since I have collected individual soldiers’ identification discs and identified images (called CDVs) these allow me to put a face on a soldier. I feel it brings to life these soldiers that were on this ground that day in September 1862.  My collection allows me to tailor my tours to the visitor’s interests.  A number of times I have been able to guide people to the location where their ancestor’s unit was on the field and show them an image(s) of another soldier that would have fought alongside their ancestor.

So, what is Antietam to me? It’s a place to go to remember the soldiers who fought here, to walk in their footsteps and contemplate what they might have been thinking and experiencing that bloody day in our past. 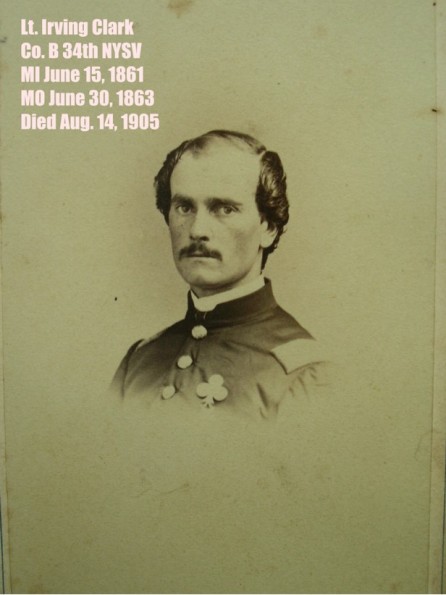 Antietam Battlefield Guides have returned to the field and are conducting tours. To protect the wellbeing of our employees and help curb the spread of the coronavirus (COVID-19), we are maintaining social distancing, using masks, and conducting our tours caravan style. To book a tour, please call the Antietam National Battlefield Museum Store at 301-432-4329. Note: Currently the Antietam Museum Bookstore is open Wednesday through Sunday, 9:00 am to 3:00 pm.