Army of Virginia Withdrawal to Washington

Yesterday we marked the anniversary of the initial movements of the Union Army of the Potomac out of Washington in pursuit of Lee and the southern Army of Northern Virginia.  However, just days earlier, the battered Union Army of Virginia, commanded by Gen. John Pope, limped back behind the defenses of the capital city after their defeat at 2nd Manassas.  They would soon be merged into the newly re-organized Army of the Potomac, under the command of Gen. George McClellan.  The following post first appeared on the blog of Antietam Battlefield Guide Randy Buchman (Enfilading Lines) on Sept. 2, 2012, and gives us a glimpse into this uncertain time for the North.

Dispatches from Pope to Halleck revealed a commander in total loss and near breakdown.  There was nothing to do but have the army fall back within Washington and reform.  Doubleday wrote: General McDowell, with much feeling, directed me to lead off in this movement with my division.  We were not molested, as Lee did not pursue, but rather started… for the invasion of Maryland via Leesburg.  The news of the defeat of the army produced in Washington and throughout the country the lowest of all moments; for many, perhaps, the lowest of the War. 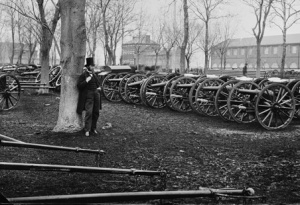 Lincoln and the members of his Cabinet had watched the affairs of recent days, had seen the rivalries and jealousies of their generals play out, and were especially distrustful of McClellan.  But Lincoln had no other military person to turn to for the task at hand; so on the morning of September 2nd, he and Stanton visited McClellan with the request that the general again take command of the Army of the Potomac.  Organization was the primary need of the hour, and such was the greatest strength of McClellan.  Of course, the Young Napoleon was more than pleased to accept, feeling both affirmed in this convictions and called upon to do no less than save the country.

By the afternoon of September 2nd, McClellan was dressed in his most splendid attire and riding out to meet the Army of Virginia units in retreat, and to take charge of the operation.  When news that Little Mac was back became known to the troops, the word spread through the columns like a wave, with cheers and spontaneous celebration.  Doubleday recorded his own meeting with McClellan: As I approached Falls Church with my division, I met General McClellan with a large retinue of staff officers—whose brilliant uniforms presented quite a contrast to our weather-stained equipments.  He received us cordially and assured us we should be protected.  The word jarred on my feelings as a soldier, for I felt that our force was even now superior to that of the enemy, and if he had done all that lay in his power to assist us, instead of doing his best to obstruct our operations, we would have entered as a conquering and not a defeated army.  Immediately after this interview, my division was directed to take post at Upton’s Hill.

Pope was essentially finished as a Civil War commander.  He was sent west to fight Indians.  McDowell, the one Corps commander trusted by Pope, and who was by his side through the entire affair, was rumored to be treasonous at worst and incompetent at best, and sent to an insignificant post in California.  The Union general faring the worst was Fitz John Porter.  He would subsequently be convicted by court-marital of disobeying orders, and thereby removed from the army.  His indiscreet pen had likely cost him as dearly as his derelictions of duty; though more than anything, he bore the brunt of anti-McClellan hostilities. Such attitudes were prevalent amongst Doubleday and his associates and staff officers.  Noyes’ written account in 1863 characteristically gave most passionate expression to these sentiments: “But if there be in all this land men with souls so mean that in this crisis of their country’s destiny they could fail to throw their whole mind, body, and spirit into our last battle, could keep back their men lest haply they might reach the field in time to change the issue of the day, or obey their orders so tardily as utterly to foil the plans of the commanding general, then may God help them in that hour when they shall see in vision the accursed treason of their act, and its fearful consequences to the country and the world. Then shall the graves of the victims of their treachery send forth each its bloody witness, while all the tears and all the agony of the widows and orphans, who owe their grief to them, shall testify against them.” 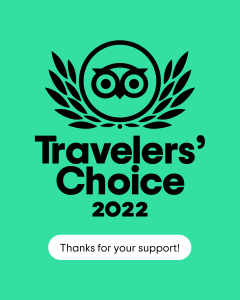