150 years today, Gen. Robert E. Lee began to cross the Army of Northern Virginia over the Potomac River, and into Maryland.  Crossing at a point near Leesburg, VA, and just south of Frederick, MD, this action marks the begining of the Maryland Campaign.  The Campaign would culminate two weeks later with the bloody Battle of Antietam. 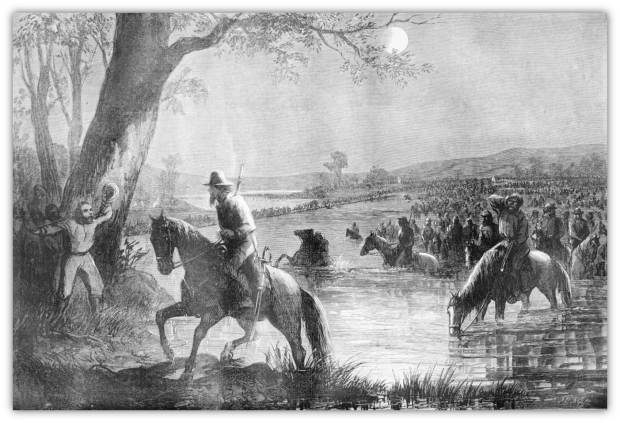 The Army of Northern Virginia crossing the Potomac into Maryland – Harper’s Weekly Sept. 27, 1862